Covered bridges are an important heritage dating back to the late 19th century. Brown County is home to five existing covered bridges, some of which are still operational to this day! These structures had a vital function, especially in the era prior to vehicles, to navigate over the many creeks and rivers which feed into the mighty Ohio River as the southern county border.

Of the nearly 14,000 authentic wooden covered bridges that once existed in the United States, less than 900 remain, with approximately 125 left in the state of Ohio. Over the years, many covered bridges have been destroyed by fire, flooding, or vandalism. The majority of the others simply collapsed due to age and disrepair, and some were torn down to make way for newer iron bridges.

Why Were Bridges Covered?

Many reasons are suggested for covering bridges. One generally accepted reason is protection from weather and wood rot in order to make sure the bridges lasted longer. Sides and roofs protected the beams and timbers that served as key bridge supports. Less exposure to adverse weather conditions meant the bridges would hold up much better year after year.

From an engineer’s viewpoint, adding a roof to a bridge added stability and strengthened the entire structure. A more romantic utilization of covered bridges was as a location for courting couples to meet. Covered bridges are also known as “kissing bridges” for that very reason!

North Pole Bridge crosses Eagle Creek. Originally built in 1865 at 169.5 feet long, it underwent significant repairs after a damaging flood in 1997. It had a twin a little ways down the creek on SR-763, but that was washed away in the same flooding that damaged this bridge. North Pole is closed to car traffic.

George Miller Bridge was constructed in 1879 and renovated in the 1990s by an Amish construction company. This bridge spans Eagle Creek at 162 feet long and is open to vehicular traffic.

Located south of Russellville of US 62.  Turn onto George Miller Road (CR 77) and travel about 2 miles.

Brown Bridge is closed to car traffic. The entrance is blocked by a guard rail. The bridge spans White Oak Creek at 144 feet.

Located off US 68, turn on New Hope White Oak Station Road (CR 5) and travel about 2 miles.

Located approximately six miles north of Georgetown, Ohio on Rt. 68. Turn right on the New Hope-Bethel Road (going west). The bridge is immediately to your right.

The McCafferty Covered Bridge is located over the East Fork Little Miami River on McCafferty Road southwest of Fayetteville, Ohio. The covered Howe truss was constructed in 1877 and last rehabilitated in 1963.  157 feet in length. Open for daily use. Built by the Smith Bridge Company.

From Vera Cruz, travel 2 miles southwest on US 50 then turn left on McCafferty Rd (CR 105). 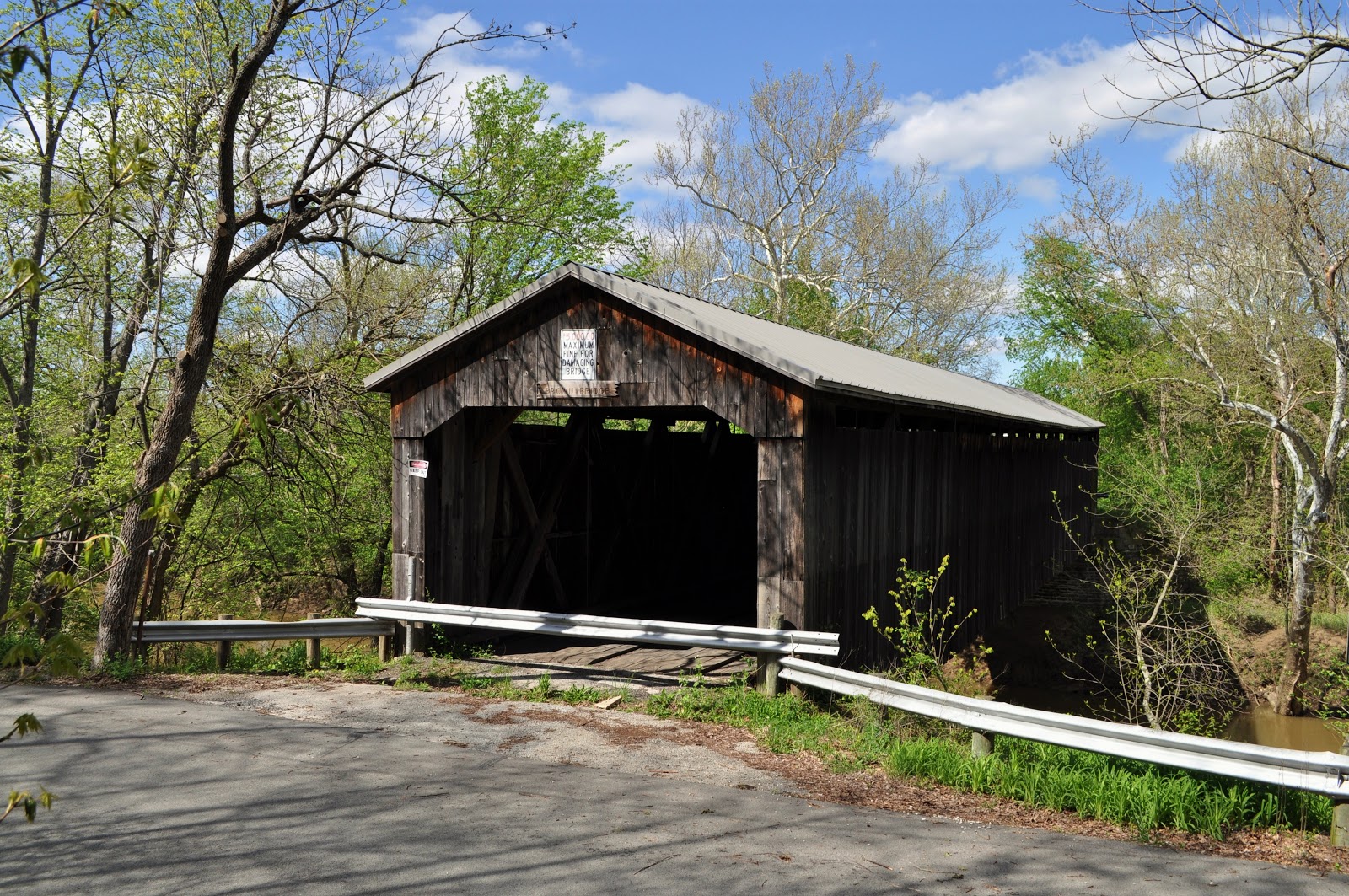 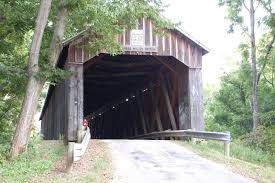 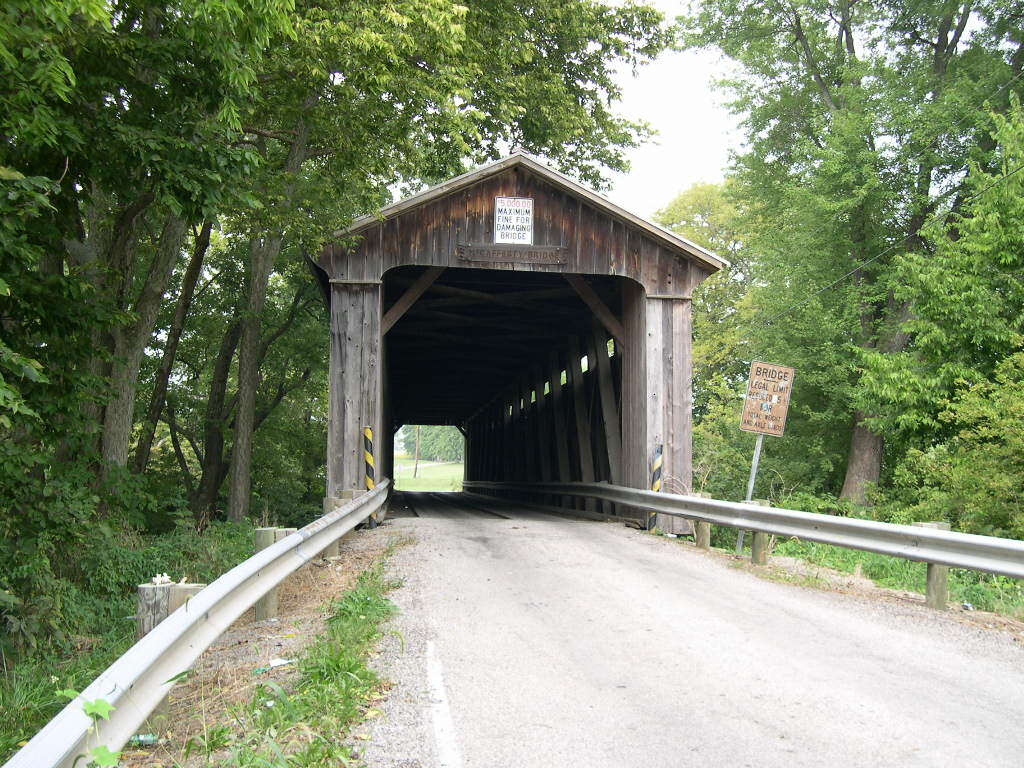 Not a covered bridge but this long-abandoned bridge is worth checking out on your trip to Brown County. The Higginsport Bridge is located over White Oak Creek on the former A&P Highway, or US 52, in Higginsport, Ohio. The one-lane Whipple through truss was bypassed in 1943.

The portal bracing is a style used by the Smith Bridge Company... with its A-frame-like angles with lattice fill, this portal bracing being positioned slightly below the top chord. The most important give-away detail however is the unique decorative cast iron terminations of the portal knee bracings, nestled along the end posts. This is a distinctive detail of the Smith Bridge Company.

This bridge is therefore not only a rare Whipple truss, it is also one of the longest surviving spans associated with the Smith Bridge Company. The noteworthy Ohio builder was originally a builder of wooden covered bridges before expanding into the metal bridge world. As one might expect, all the surviving covered bridges are preserved, while few metal trusses have been preserved, with others like this one being abandoned, and others still being outright demolished.

History in Your Own Backyard Video - Higginsport Bridge

Built in 1884 the New Hope Steel Truss Bridge spanned White Oak Creek until it collapsed on the night of February 18, 2018. The iron truss structure was the product of the Lomas Forge and Bridge Works Company of Cincinnati, having carried Main Street between the village and points to the north. The truss bridge featured a Whipple through truss bridge with two layers of Town lattice Portal bracings, sandwiching the builders plaque in between. The connections were pinned. The total length was 160 feet with a deck width of 14 feet. 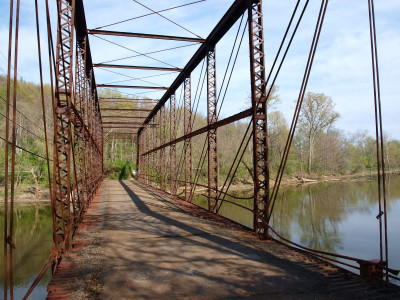 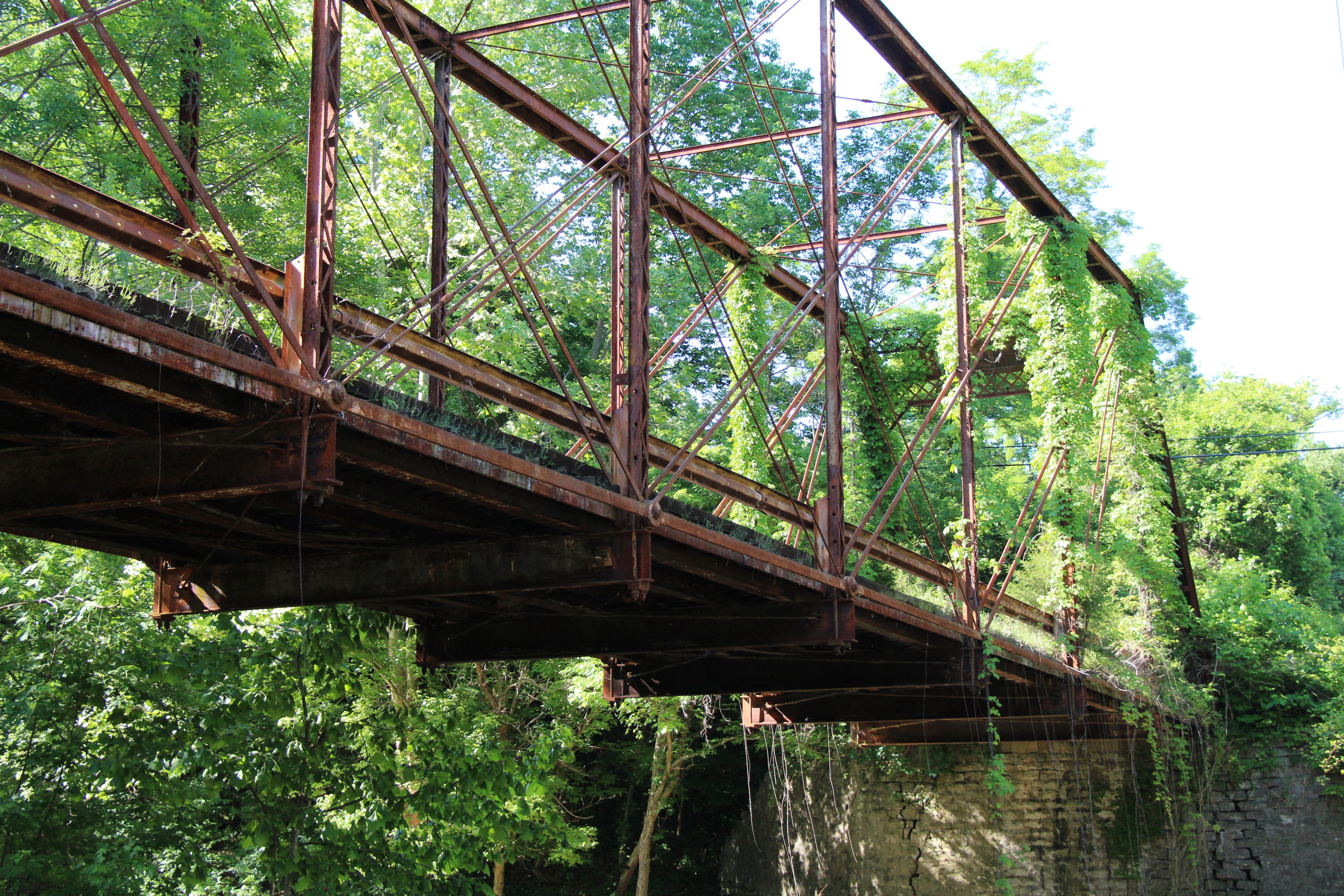